The Pacific Crest Trail (commonly abbreviated as the PCT, and officially designated as the Pacific Crest National Scenic Trail) is a long-distance hiking and equestrian trail closely aligned with the highest portion of the Sierra Nevada and Cascade mountain ranges, which lie 100 to 150 miles (160 to 240 km) east of the U.S. Pacific coast. The trail's southern terminus is on the U.S. border with Mexico, just south of Campo, California, and its northern terminus on the U.S.–Canada border on the edge of Manning Park in British Columbia; its corridor through the U.S. is in the states of California, Oregon, and Washington.

The Pacific Crest Trail is 2,663 mi (4,286 km) long and ranges in elevation from just above sea level at the Oregon–Washington border to 13,153 feet (4,009 m) at Forester Pass in the Sierra Nevada. The route passes through 25 national forests and 7 national parks. Its midpoint is near Chester, California (near Mt. Lassen), where the Sierra and Cascade Mountain ranges meet.

It was designated a National Scenic Trail in 1968, although it was not officially completed until 1993. The PCT was conceived by Clinton Churchill Clarke in 1932. It received official status under the National Trails System Act of 1968.

It is the westernmost and second longest component of the Triple Crown of Hiking and is part of the 6,875-mile Great Western Loop. More information about the trail here:
--> https://en.wikipedia.org/wiki/Pacific_Crest_Trail

See you on the trail this summer!
Packing It Out

Popular posts from this blog 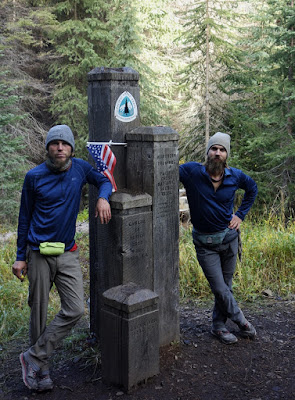 Trail Update: As I currently sit here on a cushy leather couch, sipping hot black coffee, and looking out the window over the lush gardens of a beautiful Seattle home, I am reminded that the rising sun is warming the outdoor world. That world included me only a week ago. The morning warmth from those first rays of sunshine are magical after a cold night. We have been graciously hosted here in Seattle for the last week (Thanks Sweetums! She thru-hiked in 2015) and it has been quite a relaxing vacation from the norm. Our last ten days on trail were eventful, challenging, partially frigid and soggy, but also sunny, warm, and gorgeous for the final days. We were given a fresh opportunity to experience nearly every feeling and emotion that we had already experienced on this journey again. Trash levels were low, likely because less people use those far northern trails, and the mountains were awe-inspiring. In the end, we removed 721.7 pounds of litter from the PCT over a span of 2,659 mil
Read more 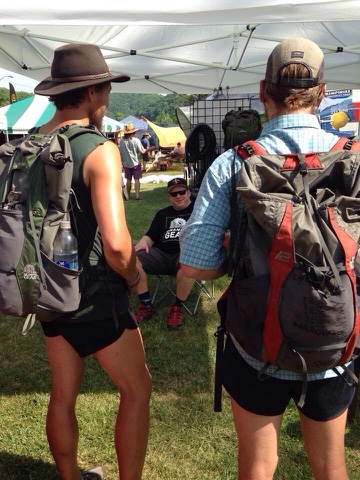 This is not our typical post. This is not my traditional style. This is something that I must share.   Nearly two years ago, when Cap mentioned the idea of Packing It Out on the Appalachian Trail, we immediately took action toward making that dream happen. At that time, we both had considerable backgrounds in backpacking. Cap's experience included more ultralight style and my experience came from a background in trail maintenance where carrying heavy tools, large group meals and gear were essential. So upon deciding to remove all the litter we found from the trail, we realized we would often be carrying unknown amounts of weight along our journey. We needed to consider the gear we carried with great care, especially our packs, which would be our truest workhorse piece of gear.   Upon discussing options, we mutually agreed upon carrying Granite Gear packs for a variety of reasons including rugged durability, lightweight options, and comfortable load ratings. Now don't misunderst
Read more 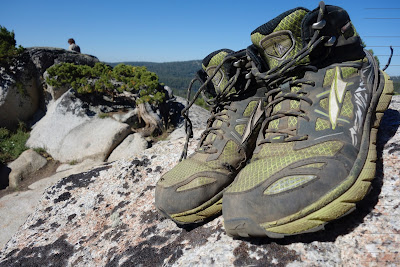 Ultimate Long Distance Hiking Shoe I'll just go ahead and be frank; I may have an addiction to footwear. From running sandals to work boots, shoes are definitely the piece of equipment I utilize the most and seemingly have the most variety of. It seems each shoe has a specific job, but more often than not I find myself using one shoe for everything. Does anyone else find themselves doing this!? During long distance hiking efforts, o The Lone Peak is the one shoe we see most often on the Pacific Crest Trail. We literally starting chanting "Follow Altra" at one point because you could always predict which way the trail went by the Altra marks in the dirt. Paul and I have worn the Lone Peak 2.5, 3.0, and 3.0 mid tops and can't say enough about them! I wanna focus this discussion on these three things: fit, durability and function. The combination of these three qualities can either make or break a shoe, and in regard to the Lone Peak, these qua
Read more